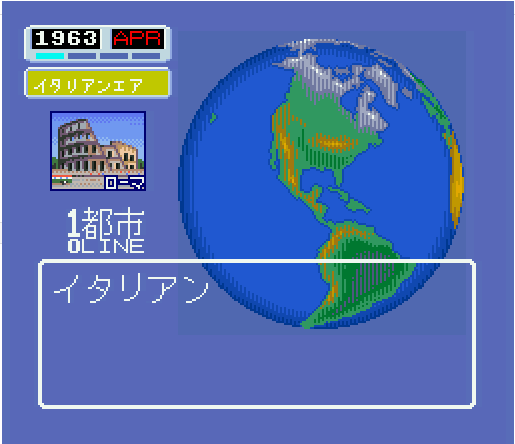 Air Management: Oozora ni Kakeru is a business simulation video game for the Super NES and Mega Drive/Genesis game consoles, released in 1992 by Koei. You're ambitious and you strive for excellence. Your goal is to create a global airline network. You know travelers depend on your airline to get them where they want to go. Now convince them your airline is the best way to fly! A clean safety record, ad campaigns and special services will distinguish you from the rest. The gameplay is about you being incharge of an airline. You pick your head office city, negotiate with other cities to open flight routes, buy planes, balance the books for things like maintenance schedules passenger service and advertising campaigns.