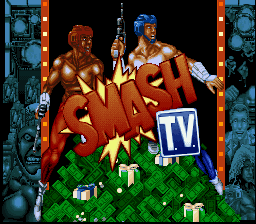 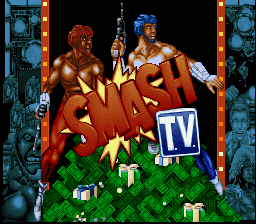 Super Smash T.V it's a game published by Acclaim, a futuristic shoot'em up with upside view about a deadly game show where one or two players shoot their way across the multiple arenas full of enemies and traps, you can shoot in the eight directions using the four buttons of the SNES controller and its combinations , pick multiple weapons and power ups, fight with bosses at the end of every section and win the big prize in money.