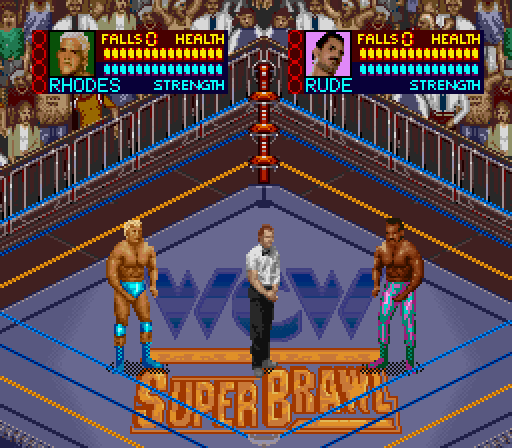 Step into the ring with some of the biggest starts in wrestling with WCW SUPER BRAWL WRESTLING. Enter matches with or against Vader, Ravishing Rick Rude, Ric Flair, Ricky "the Dragon" Steamboat, Johnny B. Badd, Ron Simmons, Barry Windham, and Sting. Each wrestler has unique moves including their individual finishing moves. You'll wrestle singles or tag team competition. Go head-to-head or team up with a friend. During each match, Tony Schiavone provides commentary on all of the action. Enter the ring and rise through the ranks to become champion in WCW SUPER BRAWL WRESTLING.ROM