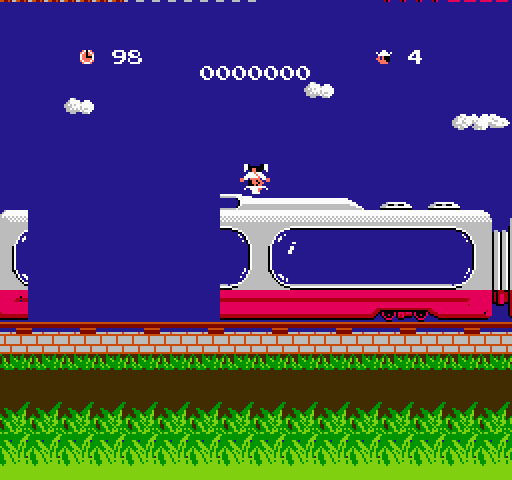 This game was originally planned as a port of the ZX Spectrum video game 'Stop the Express' (later released for the Commodore 64 and MSX), which was released by Sinclair Research Ltd in 1983. 'Stop the Express' only contained the first train level; 3 levels were added for the release of 'Challenger'. The game is uniquely constructed, where the levels consist of a side-scrolling platform game, a top-view scrolling shooting game, and a fixed-screen action game. The game was also unique for its 100-screen map, which was extensive for its time. The title character, Challenger, is an archaeologist who seeks to rescue the princess, Maria, from the hands of the evil boss, Don Waldorado, in the land called Pleasio Land. The setting of the character as an archaeologist is an homage to the Indiana Jones franchise.