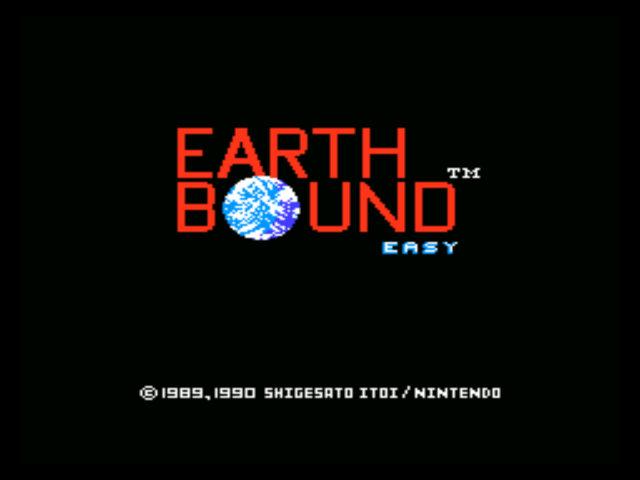 Earthbound, known in Japan as Mother, is a role-playing video game series created by Shigesato Itoi for Nintendo. The series started in 1989 with the Japan-only release of Mother(planned to be released in North America as 'Earth Bound') for the Famicom, and was then followed up by a sequel, released in North America as EarthBound for the Super NES in 1995, and followed up again 12 years later with the Japan only release of Mother 3 for the Game Boy Advance in 2006. Itoi stated in an interview that the name 'Mother' was greatly influenced by the John Lennon song 'Mother'. In stark contrast to the sword-and-sorcery settings of many Japanese role-playing games, the EarthBound series takes place in more modern USA-esque settings, although their stories are told from a Japanese perspective. Mother is set in suburban USA, EarthBound is set in Eagleland(an allusion to the United States), and Mother 3 is set on the Nowhere Islands(with some Western overtones). Enemies can be a variety of quirky and strange people, creatures and inanimate objects, such as aliens, possessed guitars, or evil hippies. Weapons include unconventional household items, from yo-yos to frying pans, with swords being rarely used. The series became extremely popular in Japan and is lauded as a cult hit internationally. Merchandise for the game was produced, including shirts, handbooks, and even a fully orchestrated, arranged soundtrack.