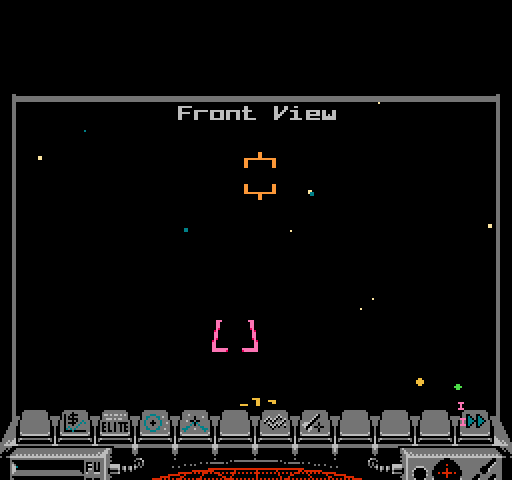 Elite is a seminal space trading video game, originally published by Acornsoft in 1984 for the BBC Micro and Acorn Electron computers. The game's title derives from one of the player's goals of raising their combat rating to the exalted heights of "Elite". It was written and developed by David Braben and Ian Bell, who had met while they were both undergraduates at Jesus College, Cambridge. Non-Acorn versions of the game were published by Firebird, Imagineer and Hybrid Technology. Elite was one of the first home computer games to use wire-frame 3D graphics with hidden line removal. Another novelty was the inclusion of The Dark Wheel, a novella by Robert Holdstock which influenced new players with insight into the moral and legal codes to which they might aspire. Elite's open-ended game model, advanced game engine and revolutionary 3D graphics ensured that it was ported to virtually every contemporary home computer system, and earned it a place as a classic and a genre maker in gaming history.[1] Elite was a hugely influential game, serving as a model for more recent games such as Space Rogue, Eve Online, Freelancer, Jumpgate, Infinity: The Quest for Earth, Wing Commander: Privateer, Pardus, the Escape Velocity series and the X series of space trading games.