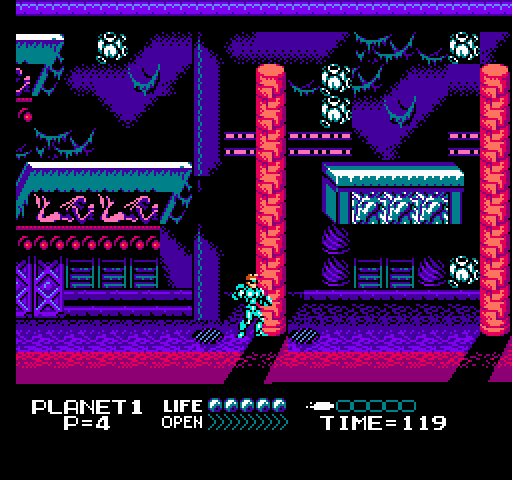 Street fighting champion Kevin Striker uses a new bionic body to search the galaxy for his missing lab partner, Troy. His main weapon is his arm cannon, the range of which steadily increases as Kevin collects powerups. The game is presented as a series of boss battles, with relatively little conventional platforming action in between. Also, enemies do not spawn at the same point each time and follow patterns that are hard to predict. Because of this, Street Fighter 2010 is considered a difficult game.