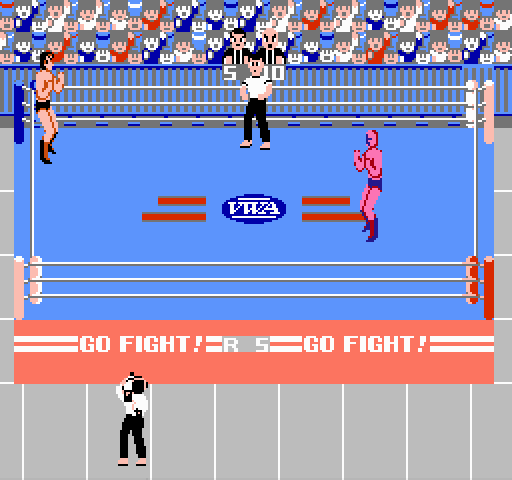 The player chooses a wrestler with unique skills and presses various combinations of buttons to use different wrestling moves. It is possible to leave the ring; however, a player who leaves the ring for more than 20 seconds forfeits the match. The game was one of the first wrestling games to feature an in-ring referee. The referee in the game is fairly accurate. For example, whenever a pinfall is attempted, the referee must run to where the two wrestlers are, lay on his stomach, and begin the three count. In effect, if the referee is on the other side of the ring when an opponent initiates a pin, the player will have additional time to try and escape. The game was also the first wrestling title to feature a cameraman at ringside (though he does not interact with the wrestlers).