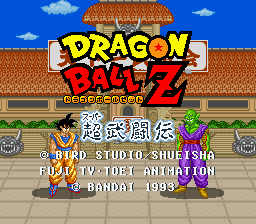 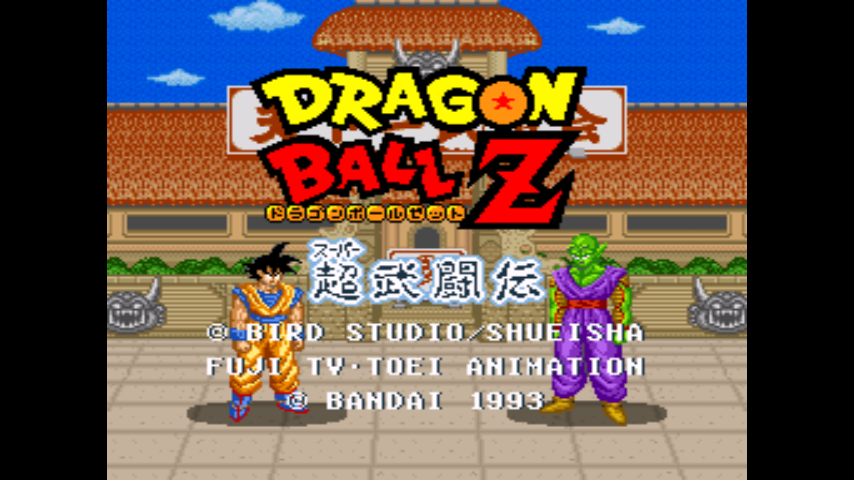 Dragon Ball Z Super Butouden is the first ever Dragon Ball fighting game, and the first installment in the Butouden series. The game was released in Japan on March 20, 1993, and in France and Spain on November 30, 1993. The game never made it to the US, although it's the best selling Dragon Ball related video game in Japan to date with it's 1.45 million sold copies. The game has three different modes: Story Mode, Tournament Mode and Combat Mode. The Story Mode starts at the end of Dragon Ball, in the Piccolo Jr. Saga, and ends at the end of the Cell saga. It includes 10 battles, and one secret battle. In the Tournament Mode, 8 players can select a ccharacter, and compete against each other. In the Combat Mode, the player can fight against the computer, or another player. There are 8 playable characters at the beginning of the game, and there are 5 unlockable characters for a total of 13 characters. Fights can take place on the ground, or in the air. There are 9 stages in the game. The stages are big, so a radar is placed under the health and power bars, showing the characters' location on the stage. The game features so called 'super moves' like Goku's Kamehameha Wave, or Vegeta's Final Flash. These can be countered by dodging, blocking, or by engaging in a beam struggle (wich are amazing).