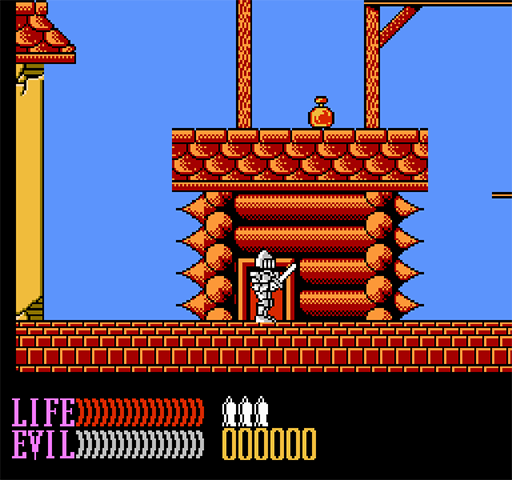 After defeating the Evil Wizard Malkil in their last confrontation, Kuros thought he had laid to rest the greatest evil the world had ever known. But after a powerful jolt of magic strips Kuros of his armor, memory, and honor, a strange force pulls him to the city of Piedup, where the evil spirit of Malkil resides. In WARRIORS & WIZARDS III: Kuros, Visions of Power, you'll have your hands full as you try to hunt down the spirit of Malkil. Deception will be your best friend, as without armor you'll have to use disguises to avoid attention on your travels. You'll have to travel from dark dungeons to a treasure-filled palace, learning valuable sword skills and even some magic along the way if you hope to survive. So venture to Piedup and use all the knowledge, power, and abilities you've acquired along the way to wipe evil out once and for all.